Flow MTB’s Michelle Muldoon flew the flag for Ireland claiming third overall in the Women’s Masters at the British Enduro Championships at Tweedlove.

Competing in her debut British Enduro Championships, Muldoon travelled to Scotland to measure herself against the best of Women’s MTB talent across the water.

One of the top two female riders in Ireland to beat this season, the FLOW MTB rider arrived to the Tweedlove Festival on form and keen to impress among the 25 women competitors entered. 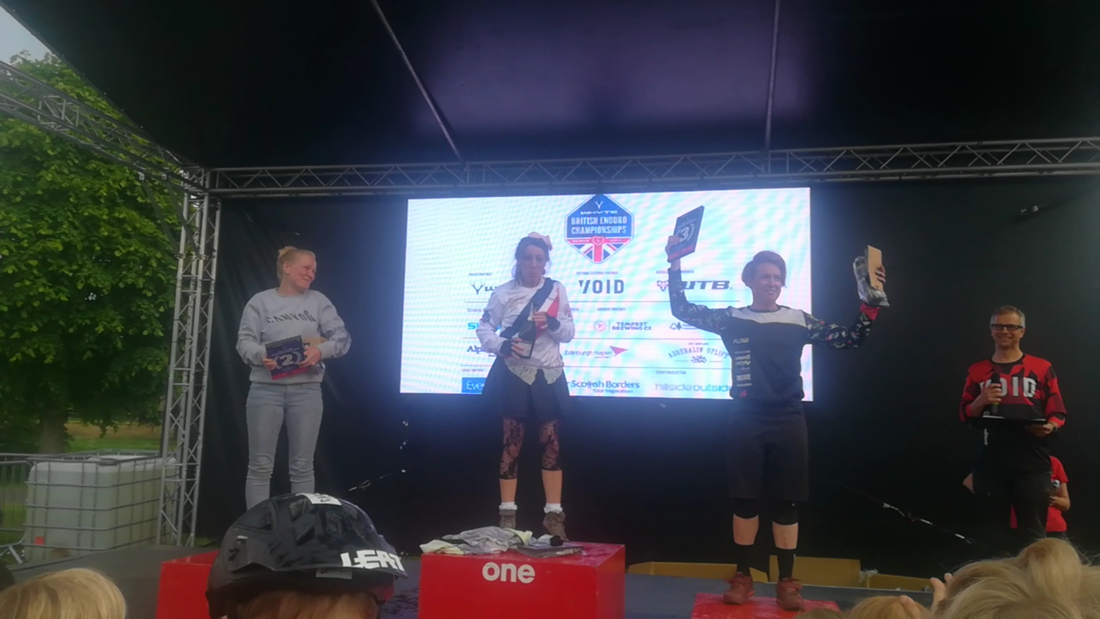 With six stages and 53 kilometre long day, it would be anything but an easy ride out.

“With six stages, all very much like downhill stages and pedalling over 53km, it was going to be a six hour day on the bike,” told Muldoon. “The sun was beating down on us all day too, which made the transitions that bit tougher.”

Despite lacking local knowledge on the trails, she didn’t waste time in getting up to speed.

Third fastest on the first four stages, she hit her stride with the second fastest time on the penultimate stage.

“I didn’t ride as well as I could have on stage one — with a little too much pressure in my back tyre, I felt a little out of control on the steep rooty sections,” said Muldoon. “Stage 2 was a lot better and by the time I got to Stage 3 I was feeling my flow.

“Stage 4 was the steepest of all, nicknamed F.E.A.R, mainly because thats what it instilled in most of us. I went for it and rode clean and loved every second of it. Stage 5, nicknamed ‘Awkward little f*#ker’ was just that. It was physical and demanded every ounce of upper body strength as well as skill.”

Then with a little bit more left in her legs than her closest rivals, she put the hammer down on the final stage to set the fastest time and secure her place on the E1 Master Female podium.

“We had the long pedal over to Glentress for the last stage of the day. The fatigue was really setting in at this point but with such a fab stage to finish off on, I couldn’t be anything but excited about it and forgot about the suffering. I had the best stage of the day on this, winning it by just a split second.”

Dickson Places Third To Vergier And Harrison At Windrock DH

Interview: “I wasn’t excepting to win that one!” — Colin Ross