The 2018 Enduro World Series marched on to Colombia for round two where Cube Action Team’s Greg Callaghan charged his way to fifth overall.

With Colombia’s tropical-like weather and short, sharp stages producing plenty of muck, it played right into the hands of our Irish mud-lovers with Callaghan fifth, Dan Wolfe (Transition FSA WTB) storming to 41st and Kelan Grant (Team CRC Mavic) 49th out of the 450-plus entry.

Throwing the rider’s skill of adaptability into the mix, round two’s mud-galore fest and urban stage was world’s away from the previous weekend of high-altitude, anti-gravity dusty dirt in Chile.

How do you sum up #EWSmanizales? What an unbelievable weekend of racing in Colombia! Relive some of the action here and watch out for the full highlights out very soon!

With rain falling, Greg’s eyes were smiling as he set out for the weekend keen to bury Chile’s result of 23rd deep into the Colombian mud.

After a steady 31st on Saturday’s urban stage in front of some 20,000 spectators, he opened the taps on Sunday’s six-stage race day. Bagging the third fastest time on stage three, the Cube rider ended his weekend fifth overall.

“That was a wild day in the jungle,” told Greg. “I had some ups and downs but I’m stoked to be back at the sharp end with fifth.”

Woah, that was a wild day in the jungle! Had some ups and downs but loved every minute, the Colombian fans made a tough…

Wolfe on a charge

Despite narrowly missing out on a top 40 result, Wolfe had a cracking day at the office. Hindered with a five-second time penalty on the urban stage, he was quick to put that behind him as they got rolling in the deep mud.

Proving consistent all day, he put everything on the line in the final stage for 22nd fastest time. Ignore his penalty and Dan was easily a top 40 guy in Colombia.

Surreal experience yesterday in the streets of Colombia. Now for some muddy racing 👌😁 Sebastian Schieck 📸🔥

Grant on the pace

Determined to put behind him the mistakes and punctures of Chile that saw him finish 141st, Kelan hammered his Nukeproof hard in the ruts.

Clearly loving the craziness of Colombia, Grant was on flying form on Saturday taking 11th in downtown Manizales — even beating his teammate and eventual overall winner Sam Hill.

With stage five producing his best work, stopping the clocks in 28th, he crossed the finish line in 49th.

At the top of the results sheet, Team Chain Reaction Cycles Mavis Sam Hill made it two wins from two starts, while Cecile Ravanel proved equally dominant in the Women’s class.

The EWS now makes a return to Europe for round three in Olargues, France on May 12-13. 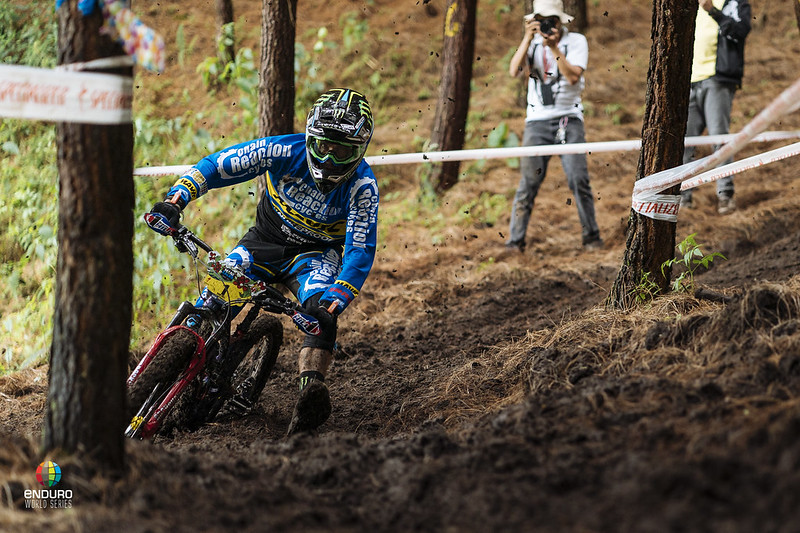 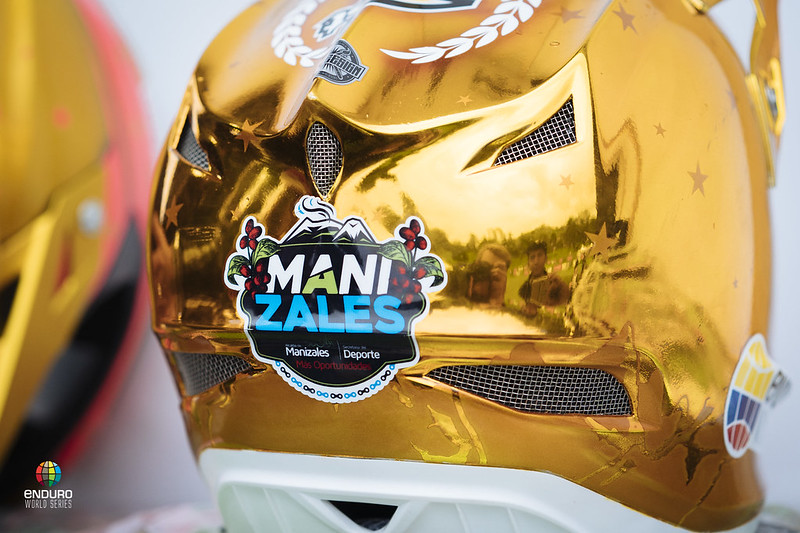 Daniel Lappin – Shooting For The Podium In 2019

Glyn O’Brien: “First Tracks Enduro Cup is going to be a Season of Savages!”